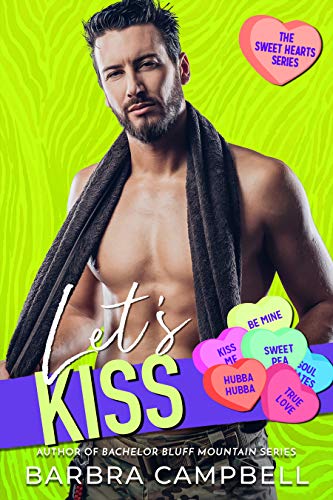 ”Let’s kiss.” A simple challenge. If she could do it without feeling a thing, I would let her go forever.

Bronwyn–
Getting roped into a charity calendar photoshoot wasn’t my idea of fun. The worst part was that I had to pose with a burly bartender who did nothing for me.
But when I met Quinton, the guy behind the camera, I was ready to do a lot more than strike a pose.
And I did.
I found myself being uncharacteristically agreeable, relaxed my poise, and fed off the carnal craving the photographer ignited in me.
But before I embarrassed myself, I snapped to my senses.
Helping people find comfort in front of the camera was his job. I’d seen the photos adorning his studio walls. He captured personalities not just likenesses.
The best thing I could do was take the advice I gave all of my employees… Believe that the world is watching, and always keep your wits about you.

Quinton–
I’d worked with all types and had a knack for getting people to open up during photo shoots. But when Bronwyn stepped in front of my camera, I felt like an amateur. I filled my camera roll with close-up shots of her, amongst the smattering of shots I was supposed to be snapping for the charity calendar.
She’d captivated me. Her essence was a collage of beauty, power, and femininity.
Convinced I could make her mine, I pushed for more. Too far.
Bronwyn shot me down without looking back.
The blow struck my ego but destroyed my heart.
Certain I hadn’t misread her cues, I took another look at her proofs. It was unmistakable. We had something.
If it was the last thing I ever did, I would capture a lot more than her photograph. I was going to capture her heart.